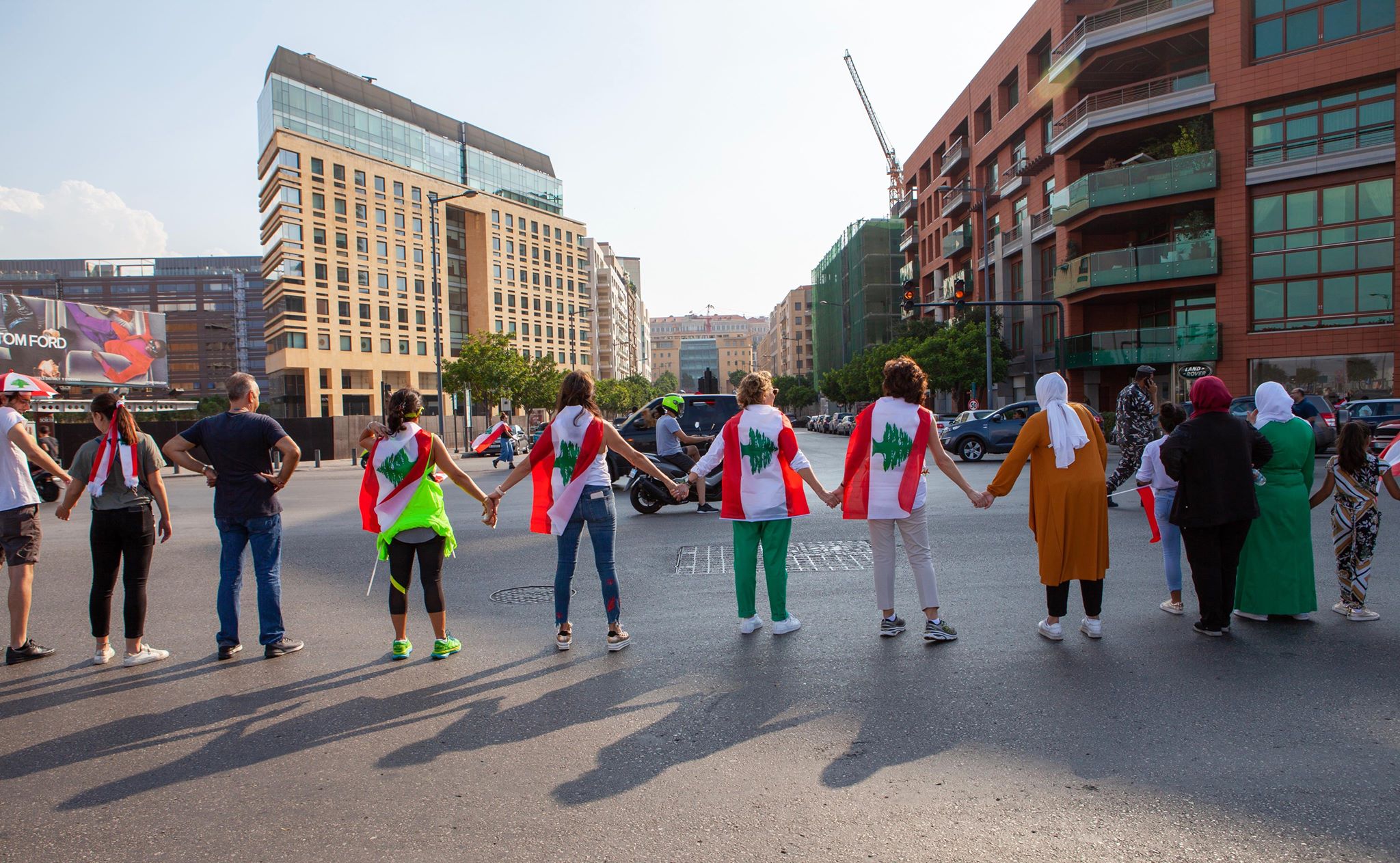 171,000 Lebanese Held Hands Across Lebanon: This is what it looked like

On Sunday October 27th 2019, on the 11th day of our country-wide protests, an estimated 171,000 Lebanese people held hands and formed a human chain spanning 171 km in continued protest of the corruption and bad governance of the political class.

In the human chain, I was holding the hand of a 7-year-old little girl named Celine who I met that day and whose timid face beaming with glory will forever remain in my memory. Like Celine, my Dad, my Mom, my brothers, babies in strollers, pregnant women, muscle men, teens, grandpas, grandmas, activists, and people who may not have held hands under any different circumstances were all standing astride for hours, hand in hand, with no complaints about timing or direction, with a Lebanese flag either worn as a cape, or worn as an umbrella hat, or straddled on a pole, showing up for their country. Watching their glorious stance, I couldn’t contain my awe for these patient faces who were so steadfast in wanting to reflect their common ardent desire for categorical change, for the uprooting of the corrupt, political system that has mildewed their nation. For those who thought they’d never live to see the day where Lebanese people stand in line, the day has come. And glorious it was.

Needing to document the incredible, unprecedented connection between my compatriots, I had to gently let go of Celine’s hand, and run across the street to stop a motorcyclist who was roaming in Downtown Beirut. I asked him if it would be okay for me to ride with him and film “a small segment” of the human chain. I was thinking maybe 50 meters? He looked at me slightly bewildered, slightly amused, and said “why not.” He asked me to wear his jacket that was neatly folded and strapped onto the backseat, which was evidently where I was going to sit. He then gave me his spare limited-edition helmet, which I could clearly see meant a lot to him. I told him my name. He responded, “My name is Miled. There is no coincidence, Sara. I almost never carry a second helmet with me.” I jumped on the motorbike behind him, he turned out to be the captain of the renowned motorcycle club Vikings Lebanon. 45 meters didn’t cut it. We were both so dumbfounded by the incredible power of the human chain that we ended up combing a quarter of the country’s coastline, and filmed 45 kilometers (28 mi) of the human chain from Beirut all the way to Amchit.

With my own eyes, I witnessed what Fairuz meant when she sang,
“أزهرت جراح شعبي”… “my people’s wounds have blossomed.”

I solemnly ask you to please sit back and watch the whole 9 minutes (volume ON).